How do I fix bulking diet bloating? 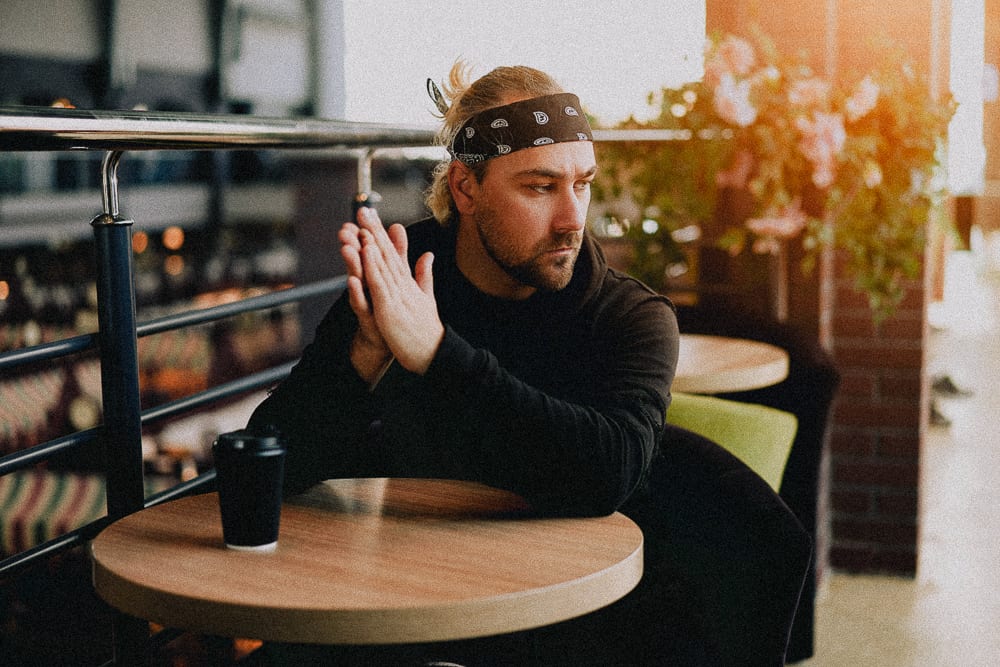 The burping, the feeling sick, your stomach constantly being swollen.

It’s all part of bulking up…

Or so we’re told!

Talk to most guys who have tried traditional ways of bulking up and you’ll be told that in order to get big, you need to eat loads of food, almost to the point of being sick.

And, sure, that’s one way of doing things, but it isn’t the only way. Even I followed that advice when I first started seriously trying to gain weight.

I was a 112 lbs skinny guy, shuffling food down my throat 6+ times a day, like I wasn’t going to eat again. My stomach was constantly swollen and I’d often rush to the toilet thinking (and sometimes it happened) I was going to be sick.

It was all I knew and for a long time I thought it was just part of the sacrifice of wanting to gain weight. However, thankfully I know much more than I did then and it doesn’t have to be that way – woo!

If you’re here, maybe you’re experiencing the same, or want to make sure you avoid that way of bulking.

What causes you to bloat up?

Bloating makes our stomachs look swollen, even when we have abs but it isn’t us getting fatter (study).

Instead it’s usually caused by excess gas production or disturbances in the movement of the muscles within the digestive system.

It’s not as simple as just eating too much food…

Bloating (which usually comes with flatulence, frequent burping, abdominal rumbling or gurgles) can be caused by many things.

For some it is health related, and for others it’s diet related.

Let’s quickly talk about both.

Bloated due to health issues

Although this is about bloating on a bulking diet, it would be a huge miss to not discuss the obvious.

Sometimes bloating can be related to health issues:

If bloating isn’t something new from recently starting a bulking diet, then I’d recommend consulting with your doctor.

However, if you’re on a bulking diet and it’s something new, then it’s likely that exact thing…

Bulking up and consuming way more food than you have before!

We often hear from skinny guys that it feels almost impossible to eat enough without being bloated, and it makes sense.

Skinny guys actually have some disadvantages vs other body types when it comes to bulking up:

Let’s take a brief look at these:

A study in 1945 found that different body types have different-sized stomachs (study). Meaning, depending on how big our body is, the bigger our stomachs are and vice versa.

And it makes sense, to become a certain size, your stomach is going to have to expand to meet that food it needs, and chances are, if you’re skinny, your stomach hasn’t grown a dramatic amount (yet).

So it goes beyond just not having enough mental willpower or “trying hard enough” like many bodybuilders paint it out to be, and is quite literally almost impossible for skinny guys to eat enough food without feeling bloated and sick all the time (don’t worry, as promised we’ve got ways to help this).

Secondly, a lot of skinny guys move and use up a lot more energy than they know they believe they do.

So they consume a set of calories and struggle to grow, not knowing they’re running off more they’re aware of.

It’s all subconscious! A study published in 2000 showed that skinny guys  fidget more, move more, and burn off more energy as heat than other people – almost up to 1/3rd of what they might need to consume from food.

These 2 things are bad enough, without the approach that everyone is told to do when starting to bulk up…

Skinny guys have physically smaller stomachs which means the normal “just eat more” approach can be literally impossible for them to have success with. Instead, they need a smarter approach.

When we start a bulking diet, most guys all do 1 thing:

They try to introduce everything in one go!

We add all new foods, eat more often, consume more food than before, and try to revamp everything at once.

And there’s a problem with this:

You’re introducing a lot of stuff your body isn’t used to all at once and it’s going to struggle to keep up with that.

Here’s some of the ways this affects us:

And the worse part of all of it?

A lot of guys grab bodybuilding diet plans online (or in a magazine) and go to town eating that exact way, feeling sluggish, bloated and often finding it too tough to stick with.

There’s no need to abandon all the foods you’re currently eating and overhaul your diet overnight.

Which brings us to the next part. Let’s get into some steps that’ll help you overcome bulking bloat.

To reduce bloating, you’ll want to take a slower approach to ramping up your calories and introducing new foods. You’ll also stand a higher chance of sticking with your diet for longer too.

10 ways to reduce bloating when bulking

So what can we do about it? Thankfully, unlike a lot of gym rats claim, you don’t need to be a walking bloated mess whilst trying to build muscle.

Here’s some ways you fix or reduce the bloating.

Rather than trying to completely overhaul everything at once, in every meal. Focus on introducing things over a period of days or weeks.

For example, introduce more milk into your diet for 7 days, then add something else, or increase the amount of milk.

Not only will this give your digestive system a break, but it’ll make it an easier process for you to stick to and get way better results than giving it everything at once.

This is similar to the last one, but with a twist.

Instead of introducing different types of food, or food groups in stages, increase your calories overtime.

This way you’ll be able to slowly ease your stomach into being able to handle more food and give it time to expand.

3. Choose foods that aren’t as filling

Different foods fill you up, and it goes beyond the amount of fibre they have.

This is known as the satiety index (study) and it looks at the most common foods and ranks them by how filling they are.

Here’s the quick lowdown on what the study shows:

Liquid nutrition is a gift for all skinny guys struggling to eat enough.

They’re less filling per calorie and way too easier to consume and easier for fitting your compliance.

Our clients use this with excellent success to make getting in enough calories, not only possible but a pleasure.

You can get calories from liquid from things like milk, fruit juice, smoothies and protein shakes.4

This is a tough one. Fibre can help with reducing constipation and cramp related bloat, but can make bloat worse.

Fibre has a whole host of health benefits (more on that here) which can improve your health and energy, but when it comes to trying to avoid being full all the time, you’ll want to minimise them.

I’d recommend cutting down the amount of fibre you have, for a few weeks, whilst you’re trying to increase your ability to consume calories, then introduce them again.

To improve digestion of the food you’re consuming and to maximise the benefits, a probiotic can be added to your supplement stack (study, study).

Probiotics offer the good bacteria that we actually want in our system. We can get them from things such as Kefir or Sauerkraut (fermented foods) but I’d recommend getting them from supplements as it’s less filling.

This was a point mentioned earlier, but it bears repetition. You’ll want to avoid diets that are extremes of what you’re used to.

So don’t go from eating smaller meals, to giant meals before your stomach has expanded to hold them.

Don’t go from drinking almond milk to dairy milk by the litre.

Don’t go from having zero protein supplements to having 6 shakes a day.

There’s nothing wrong with having any of these things, but take it slow. Start with having dairy milk in your oats, start with 1-2 shakes a day (preferably not on their own), follow point #1 and #2 above.

Although contrary to popular belief, salt (aka sodium) has some great benefits when it comes to muscle growth and helping with the body and brain to function. In fact, we need it to contract a muscle properly.5

But too much of it in the short-term can lead to water retention which can contribute to bloating.

To limit this I’d recommend not adding salt to your dishes and opt for seasoning that doesn’t have salt in the ingredients list.

We all know what it’s like to get the burps after having too much of a fizzy drink. Drinks like soda, and carbonated water fill your body with carbon dioxide gas builds up in your body.

Too much, too fast, and you’ll feel your stomach bloating up pretty much. Of course, a burp usually releases this, but it isn’t something you want to rely on when you’re already full.

10. Do some cardio (aka walking or yoga)

Something as simple as a walk outside can do a lot for reducing bloating. It helps by moving some of the built-up gas through your digestive tract.

You don’t need to walk for long or after every meal. Whilst it isn’t a cure for it, it is much more effective than lying down and giving in to the feeling of being stuffed.

Unlike what a lot of gym rats claims, we have several ways to reduce the bloat. Not everything on this list is needed, and it might just take 1 of them to help. Pick the one that’s most reasonable for you and give that sometime.

When starting out, it’s almost inevitable for most guys to get bloating when they start bulking up.

To reduce and minimise the likelihood of this happening, there’s several things you can do that we’ve outlined above, however the main thing comes down to taking things slow:

Gradually increasing your calories, building better habits and choosing foods that pack a calorie punch without being too filling.

If you’re truly a skinny guy, stay away from having a solely whole food diet! This will make it almost impossible to have success as you’ll constantly feel full.