What should you have after a workout? 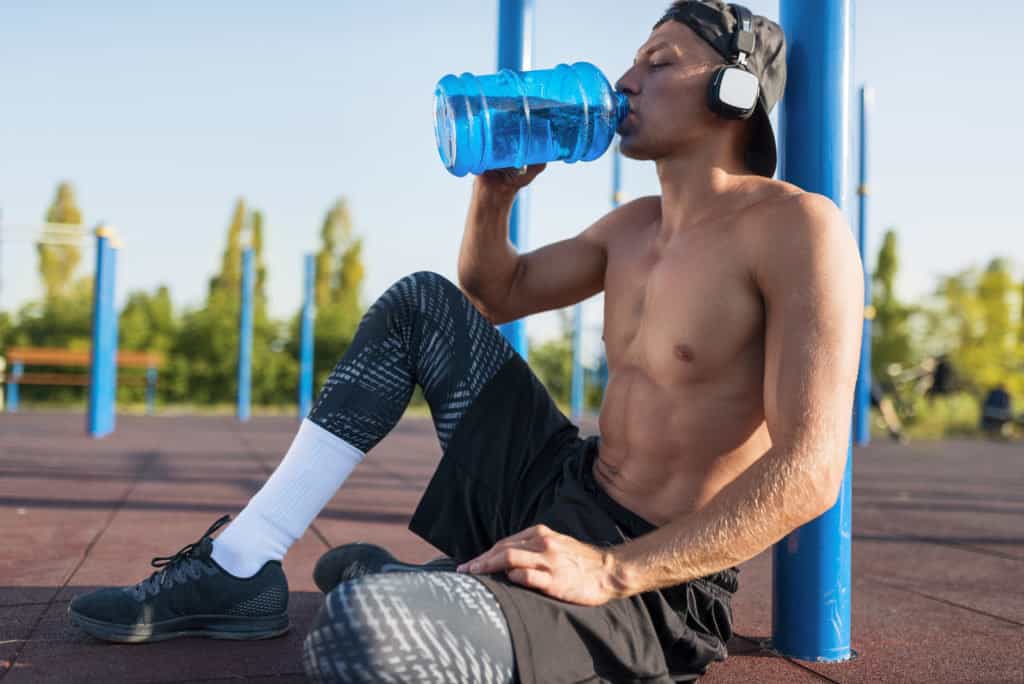 Then you’ve done a form of nutrient timing.

This is when you consume certain foods at specific times in order to achieve a particular goal.

It’s been a popular strategy for athletes, bodybuilders and weekend warriors for over 50 years (study, study) but does it work to help people reach their goals faster?

Nutrient timing is typically spoken about in the spotlight of post-workout nutrition. This being what you consume after you’ve worked out, be that a marathon, sprinting session, or most likely for you, an intense weight lifting session.

The popularity of nutrient timing stems from a book, Nutrient Timing: The Future of Sports Nutrition, written by Dr John Ivy, who published many studies showing its potential benefits on recovery and muscle growth.

“Muscle recovery and growth occur fastest when the right nutrients are consumed at the right times in relation to training…nutrient activation is a process by which the biological effects of a certain nutrient are influenced through direct or indirect interaction with one or more other nutrients. This is a key concept in the Nutrient Timing System”

Most people have probably never questioned the effectiveness of this.

I would make sure to time my carbs, proteins and fats to the clock, and if I didn’t, I’d go into meltdown mode.

If you focus on getting in your calories, then it doesn’t matter when this happens. For example, eating carbs post-workout vs later in the day doesn’t seem to have any major impact on muscle growth

However, that doesn’t mean I recommend abandoning it, there’s both pros and cons to timing your nutrients.

I remember during a skype chat with a friend (Christopher Walker) of mine first told me that this wasn’t needed. I didn’t believe it; my beliefs were being broken down.

He mentioned that studies were starting to question their effectiveness.

However, research was limited during these times:

So with more research being done and two decades having passed since Dr.John Ivy first released his findings on this, I think it’s finally time to take a look at…

How much does when we time our carbs, protein and fats impact the way we look, performance, and our overall health?

Instead of looking at nutrient timing as one giant topic, I wanted to break it down into the most important ideas that’ll apply to you, when you’re trying to bulk-up.

We’ll cover this below and the next article about calorie and carb cycling.

This is the most common version of nutrient timing.

Taking carbs, and protein before, during and after a workout program.

Although not everyone consumes these before and after a workout program, most guys trying to bulk up take some form of protein (and carb) beverage post-workout.

For years, this has been called “The anabolic window of opportunity”…

A specific window of time believed to be when our body is begging for the nutrients it needs to recover fast and build solid muscle, when all nutrients are soaked up and shuttled directly to building muscle.

And there’s some truth to that:

In theory, intense exercise such as weight training, or sprint intervals, turns our bodies into nutrient-processing powerhouses, especially sucking up glucose, either oxidising it to use as fuel or more readily storing it as glycogen (study).

Our body also breaks down protein, which we then need to replace to grow.

However, is consuming protein, and carbs within 30-45 minutes after a workout program crucial to building muscle?

And does it make a difference as much as everyone has been led to believe?

This is where the research gets interesting.

We aren’t just looking at soft points, like protein synthesis being increased (study), or glycogen being topped up. Instead, we want to look at actual body composition and health marker changes…

So what does science say about post-workout nutrition?

As mentioned, the post-workout window is split into 2 pieces:

Although this is correct, from a “soft-point” perspective, it’s a simplistic view of the whole process.

As I spoke about in great detail, protein synthesis is a big deal when it comes to recovery, preserving and helping with growing muscle.

However, this process doesn’t necessarily need to come from your post-workout nutrition and shouldn’t be your only way of making sure you get protein in.

Then there’s also the fact that additional protein elsewhere in your diet can help with protein breakdown, making it not necessarily only related to post-workout.

One study also showed that protein digestion and absorption is greatly reduced after training (study) however the results should be taken with a pinch of salt and in our opinion, isn’t worth the concern that this might lead you to feel.

Protein intake should be kept high when training, however, it doesn’t need to fall within minutes of you finishing your workout.

“Given a typical resistance training bout lasting 45–90 minutes. If protein is delivered within particularly large mixed-meals (which are inherently more anticatabolic), a case can be made for lengthening the interval to 5–6 hours.”

Another study looked promising by showing that higher levels of plasma leucine and branched chain amino acids were higher when attempting different forms of protein, post workout. This would be a positive thing, however, there were no extra benefits on muscle growth or performance (study).

Because of this, you should aim to have protein within 2 hours either side of your workout (meaning your last protein consumption would have been 3-4 hours apart from each other).

Scientifically, consuming protein pre or post-workout comes down to personal preference and what is most convenient for you as it’s proven to show no significant difference in strength or muscle growth (study).

But due to the nature of having smaller stomachs (and appetites), I recommend consuming protein pre and post-workout, if you can manage it. In essence, it’s only going to help reach your calorie goals, and there are zero negatives.

The other side to the “window of opportunity” is glycogen replenishment, which is done via carbs.

This is recommended due to the idea that carbs spike insulin, and nutrients are absorbed faster.

Early research backed this up, showing that glycogen is replenished faster within 30–60 minutes after working out (study, study) however, it’s another “soft-point” view.

Recent evidence isn’t looking too greatly on the side of glycogen replenishment needing to happen asap post-workout.

One study showed that this might reduce the endurance and fitness benefits you receive from your training session (study).

But does this really mean we’re growing or getting stronger from having carbs post-workout?

For the average person looking to build muscle, the jury is still out.

Carbs trigger insulin, which by effect reduces protein breakdown. This, however, is another soft-point and doesn’t equal actual muscle growth, from a study perspective. But it’s safe to say that, due to the fact that insulin does help with its overall anabolic response, it’s helpful to take it even though muscle protein synthesis itself is already maximised at the 20-30 gram protein level.

And a study in 2014 showed no effect on strength and muscle growth when consuming both carbs and protein together post-workout (study).

The jury is still out.

Carbs are king for spiking insulin, which has been directly proven to cause muscle growth (and is better stimulated when carbs and protein are consumed at the same time) (study, study).

Although the evidence doesn’t show strong “hard-points” as to why it’s beneficial, just like protein, it does allow you to hit your overall carb intake, allowing you to get your calories up. It also hasn’t been shown to have any negative effects, making it a no-brainer for a skinny guy.

What should you take post-workout?

The big difference between all three is how much body fat you gain when eating a lot of food, how skinny you currently are and how well you handle carbs (the most anabolic macro in The AA Method).

The big shift here is the protein and carb ratio.

Below are the three options I recommend, however, you may adjust things to suit your needs (don’t drop below the skinny-fat level though as you’ll really struggle to build muscle when going so low)

Some other things you’ll want to take a note of:

Focus on what helps you hit your daily calories and macros the most.

If that’s consuming a post-workout shake like The Anabolic Adventure Method, then have it. If however, you can get your macros 1-hour through food or a different style of shake, then go with that choice.

The only mistake would be not to take a pre/post-workout protocol if it caused you to miss out on calories you can’t recover from elsewhere. This would leave you in deficit, and that won’t get you the results you’re after.