Too much omega can cause health issues. Here's how to take it to improve your health, get leaner and increase brain power 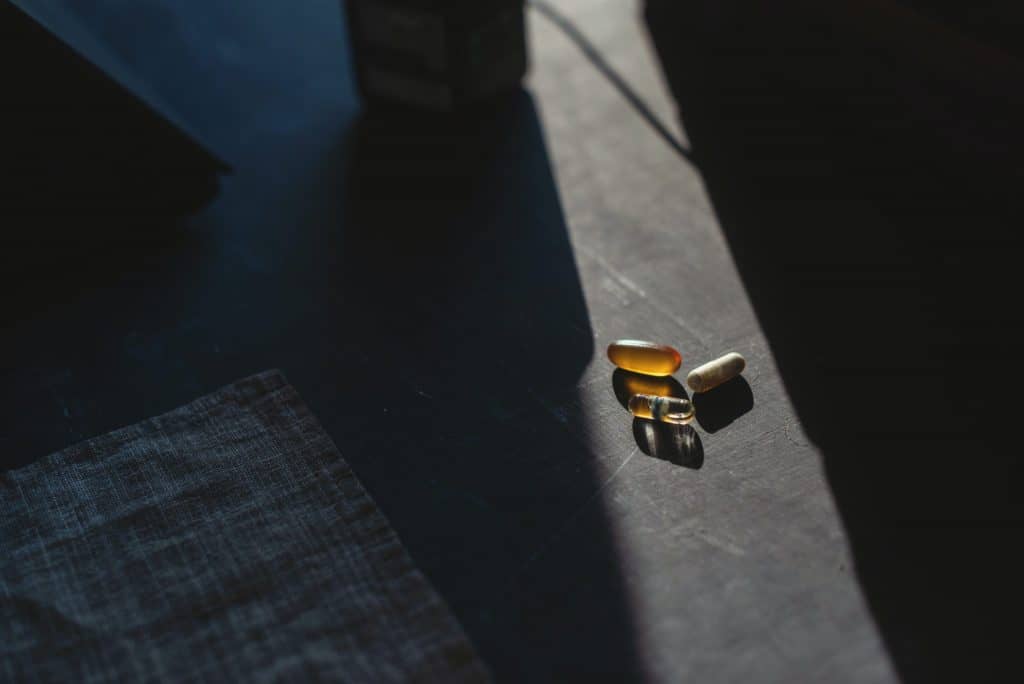 Omega-3 and 6 might sound similar by namesake, but the effect each has on our bodies is drastically different.

The first is a fat we drastically need to lead a healthier, more energised life.

And the second, let’s just say, is best enjoyed in moderation.

Which is a shame, as many people see anything with the label “Omega” and assume they’re doing themselves good. 1

Although omega-6 fats (much like omega-3s) are essential fatty acids, most modern Western diets contain far more omega-6 fatty acids than we need (study) or should consume.

And as a result, they impact our health.

Understanding the benefits of the right levels of each omega fat in your diet will put you in a better position than most people out there.

This article will not only put you in that position, it will show you how to act on it.

This is the type of fat we want in our diets.

If I could recommend one dietary staple, regardless of your goals, it would be omega-3 (fish oil in particular).

I’d go as far as to question if there is anything it can’t do (for the know-it-alls, I’m talking goals wise).

It’s got an insane list of benefits under its belt in everything from helping diabetes, to improving our appearance and body composition.

So what exactly is omega-3 made up of anyway?

The most important omega-3 fats are:

Our bodies mostly use DHA/EPA and don’t convert ALA very well. Because of that, we want to look for direct dietary sources of EPA/DHA when possible.

More on that in a second.

Where can we get omega-3 from?

We can get Omega-3 high-quality omega-3 in several ways:

However, to get the recommended dosages, it’s probably cheaper, and more convenient to go straight to the source and buy fish oil (omega-3 liquid or capsules).

But why might you even want to have it in your diet in the first place?

A lot of evidence out there looks at the effects of omega-3 on overall health.

Much like what we’ve already discussed with unsaturated fats, omega-3 has similar, yet more, benefits in a load of areas of health.

It does the usual (remarkable) things like helping with heart health, type-2 diabetes prevention/reversal, and liver health (study).

It’s been proven to help with mental health, such as cases of depression, bipolar disorder and schizophrenia by lowering inflammation (study, study, study) and helping with preventing dementia and memory recall. Omega-3 may also help improve memory in older people (study, study).

From a health perspective, it’s pretty clear that it should be a permanent weapon in your arsenal.

But how about when it comes to helping skinny guys reach their goals? Is it good for muscle growth and strength?

If we were an omega-3 supplement company, then we could slap together some studies that show tiny changes like this. However, there’s not a massive amount of support for its direct effects on muscle growth and strength.

But I do have a view on it:

Now for the other side of the coin…

A lot of people might be led to believe that Omega-6 is Omega-3s brother, but I’d go as far as to say that it’s more of a pesky second cousin who drinks too much at a family gathering.

But are they really that bad for us?

After all, why aren’t the media constantly scaring us away from them, like they do saturated (and trans) fats?

The main issue, as mentioned before, comes from omega-6 is our lack of updated technology (in the body) to digest and use omega-6 well.

It’s because of these reasons that logically they cause a bit of an issue. Omega-6s are considered pro-inflammatory (i.e. inflammation-promoting) (study).

These all sound like pretty terrible things, and could rightly have us running for the hills.

However, we need these things to happen. Without them, we couldn’t heal from injuries or recover from training sessions. So these negatives can actually be beneficial too.

But there is a “Goldilocks zone” for how much inflammation and damage is beneficial, or harmful to us.

So while having all of these things happening doesn’t mean our body is having a bad time, too much of it can. Causing chronic inflammation which leads to issues like heart disease, metabolic syndrome, diabetes, arthritis, Alzheimer’s and many types of cancer. However, more studies on omega-6 being the direct link need to be done.

Until 1870-1935 we didn’t have a need to discuss the ideal omega ratios. However, things have gone a bit crazy.

Due to an increase in soybean consumption in the US (from 0 to 24 pounds 11 kgs per person, per year). Soybean oil is currently the biggest source of omega-6 fatty acids in the US. Due to it being cheap, it can be found in all sorts of processed foods.

And the omega-6 fatty acids found in body fat stores has increased by more than 200% in the past 50 years alone.

And this isn’t just a coincidence.

“Scientists estimate that the omega-6/omega-3 ratio in a hunter-gatherer diet is around 1:1. Humans currently consume a ratio of about 16:1 to even 20:1 – an intake that’s way out of balance.”

This means we’re getting way more omega-6 than we can handle or should ever be getting.

Especially when compared to how things used to be…

And although we live longer now on average (woohoo), chronic diseases were much less common in pre-industrial times (study)

So why do ratios even matter in the first place?

Different ratios have been shown to have drastically different effects (study)

A ratio of 4/1 was associated with a 70% decrease in total mortality. A ratio of 2.5/1 reduced rectal cell proliferation in patients with colorectal cancer.

Ratios matter because omega-3s and omega-6s compete with each other for space in cell membranes, and the attention of enzymes.

How can we balance these ratios, and how much should you have?

To balance these ratios, we need to consume more omega-3, and less of omega-6.

The #1 to increase your omega-3 intake is by having fish-oil capsules, with each meal (based around meals being 3/day).

Of course, you can have fish often. However, from coaching skinny guys, we’ve discovered that it’s easier to be consistent with it by taking capsules (and consistency wins the game).

The #1 way to decrease omega-6 is to reduce seed and vegetable oils that are high in omega-6, as well as the processed foods that contain them.

How much omega-3 and omega-6 should you have in your diet?

From the research (including multiple meta-analyses) a range of 1-2g of combined EPA and DHA is the recommendation for health improvements. This should be split throughout the day.

This might require 3-6g of actual fish oil (or algae oil if you don’t eat fish) – read the label to determine the EPA and DHA content per serving.

I recommend opting for a company that gets their fish oil responsibly and doesn’t contribute directly to the depletion of fish (e.g., they use primarily fish discards).

By eating more omega-3 (taking fish oil and/or having fish) and limiting omega-6 sources, you’ll stand a great chance at balancing the ratio out.

Sure, fish oil isn’t simple – it can be both good and bad for you, if you don’t know what you’re dealing with.

Here’s the basic truth I want to leave you with:

By consuming more omega-3 and less omega-6, you’ll be moving in the right direction quicker than most people out there.

True, it’s not a sexy topic. Especially next to the likes of testosterone boosters, protein shakes and occlusion training.

And yet, it’s – without doubt – one of the best things you can do to improve every area of your body (and with that, your life).

Worth a try, right?